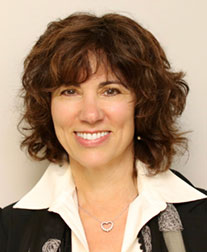 Amy Caplan Stern is Senior Vice President and the leader of Lynch & Associates utility practice. Based in Baltimore, Maryland, Amy is primarily responsible for client account management and communicating financial and investment analysis.

Amy joined Lynch & Associates in 2002 after working extensively with Lynch during a shared consultant relationship. She is a graduate of Johns Hopkins University, receiving both a bachelor’s degree in political economy and a graduate diploma from the Johns Hopkins School of Advanced International Studies in Bologna, Italy. She began her career as a utilities analyst at Legg Mason where she was recognized by The Wall Street Journal in 1993 as one of Wall Street’s “Best Stock Pickers” and the Most Accurate Earnings Estimator.” Prior to joining Lynch & Associates, she worked for Clark Bardes. Stern received her CFA (Chartered Financial Analyst) designation in 1986.